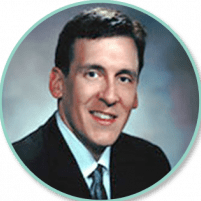 Fibroids are sneaky, because in many cases, you may not even know you have them. These noncancerous tumors typically don’t show symptoms and are only detected by examination. As a gynecologist, Dr. Darin L. Weyhrich, located in Boise, Idaho, is specially trained to identify fibroids during a pelvic exam. If you’re due for your annual well-woman visit, call today or schedule an appointment online.

Fibroids are benign tumors primarily made up of smooth muscle cells and connective tissue. They range in size from as tiny as a watermelon seed to as large as a cantaloupe. Women of childbearing age are most at risk of developing fibroids.

While in most cases you may not know you have a fibroid, some women experience symptoms such as:

Risk factors for developing them include early onset of menses, being obese, drinking alcohol, use of birth control, and having a family history of fibroids.

Doctors don’t really know what causes fibroids to grow, but there are a few theories. Some doctors think hormones, including possibly estrogen, progesterone, and growth hormones, contribute to the growth of fibroids. There’s also a theory that fibroids develop from genetic changes that occur in the cells found in the uterine lining.

What are the treatments for fibroids?

Fibroids are typically found during your routine pelvic exam and then confirmed through a diagnostic procedure such as an ultrasound, MRI, or X-ray.

If you’re not symptomatic, Dr. Weyhrich may suggest that no treatment is needed. And if you’re postmenopausal, the fibroid may shrink on its own.

For symptomatic fibroids, hysterectomies are a common form of treatment. In fact, fibroids are most often the reason women elect to have a hysterectomy.

If you’re not ready for a hysterectomy but want the fibroid removed, Dr. Weyhrich may suggest a myomectomy, which is a removal of only the tumor. Medications that reduce estrogen, including gonadotropin-releasing hormone agonists or anti-hormonal agents, may help reduce the growth of a fibroid.

Uterine fibroid embolization, which is a minimally-invasive procedure that cuts off the blood supply to the fibroids causing them to shrink, is a more recent technique for managing fibroids. If fibroids are causing you distress, Dr. Weyhrich discusses the options with you to determine the best treatment for your individual health.